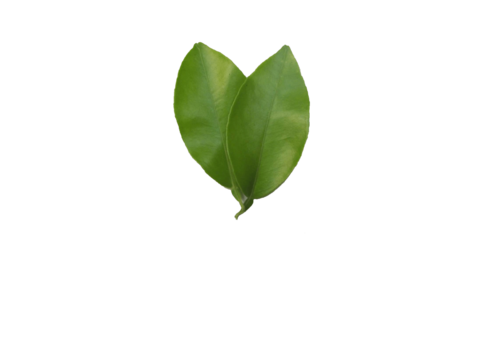 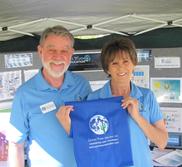 Clean Energy Consulting & Education, LLC (CEC&E) is managed by Dr Peter Johnston and Ms Janet Crow. Together they have over 40 years of experience covering a broad range of utility, clean energy and high technology projects.

Since its formation in 2015, CEC&E has worked on a wide range of projects that drew on Peter and Janet’s renewable energy expertise and their network of professional engineers and scientists. Projects have required CEC&E to provide Owner’s Engineer, Independent Engineer and Technical Consulting services to a variety of clients. A brief description of some of these projects is provided below:

Project Development:
CEC&E developed conceptual designs for rooftop solar installations on two, large (377,000 and 468,000 square foot) warehouses in California. The designs incorporated the recently amended CA code requirements for First Responder safety in the event of a warehouse fire.
Saguaro Energy, a CA based company, invited CEC&E to join its Advisory Board in the development of a hydrogen production project in Palm Springs, CA. The project included solar electric generation, hydrogen production and Lithium-Ion battery energy storage all to be located on a local windfarm.

Company Development:
Florida based, Chemergy, LLC. has developed a unique technology to derive hydrogen from bio-waste. CEC&E employed its wide industry network to introduce potential investors and developers to the Chemergy technology.
CEC&E was included on the Technical Advisory team for a start-up company, Solar Pathways, in New York. Solar Pathways was interested in developing a Community Solar program and CEC&E was able provide technical advice on the different solar technologies being considered.

In addition to managing the activities of CEC&E, Peter and Janet have a long standing commitment to the education community. They are currently involved with the development of a solar installation technician training program with the East Valley Institute of Technology in Mesa, AZ, the on-going development of the international SMART Competition for high school students and are active board members of Azure Education Inc., working to acquaint teachers and students in underprivileged rural schools with the concepts of renewable energy resources and technologies.

Between 2008 and 2015 Dr. Johnston served as Project Manager for Burns & McDonnell Engineering Company where he provided professional consulting services to a broad range of clients and projects including:

Prior to joining Burns & McDonnell, Peter spent 15 years as Manager of the New Technology Development Group at Arizona Public Service Company, the largest electric utility in Arizona. During this time he and his department developed and demonstrated many clean/renewable energy technologies.

Grid-Tied Solar Photovoltaic Power Plants:
In 1997 Peter’s group at APS installed the first commercial solar electric power plant in the state of Arizona. This system, in Flagstaff AZ, used flat plate photovoltaic panels and employed single-axis solar tracking. Peter’s group continued the development of solar system tracking hardware and software and used this technology in nine more solar power plants that were constructed in the state of Arizona in the following years. A total of fourteen fixed panel, “rooftop”, solar systems totaling over 270kW were also installed under Peter’s leadership.

Parabolic Trough Solar Thermal Power Plant:
In 2005 the first parabolic trough solar electric power plant to be built in the USA in over 15 years was commissioned at the APS Saguaro site just north of Tucson. A unique feature of this plant was the “marrying” of the parabolic trough solar collector field technology to an Organic Rankin Cycle thermal
power block technology that is more usually associated with low temperature geothermal power installations.

Solar Technology Development:
As part of his job with APS Peter managed the APS Solar Test and Research (STAR) facility in Tempe AZ. Internationally renowned for the cutting edge development of solar tracking systems and the development of High Concentration Photovoltaic Technologies, STAR was home to a number of unique solar experiments including the SAIC Dish Stirling systems and the Canadian Shec-Lab solar hydrogen production demonstrations. Additional solar technology projects in which Peter took a personal lead were the installations of two Solar HVAC systems employing Lithium Bromide and Water and Ammonia and Water absorption chillers.

Biomass and Geothermal
Peter was responsible for initiating several studies of available renewable energy resources in Arizona including forest biomass, landfill and wastewater treatment plant methane, animal waste, wind energy and geothermal energy. This gave Peter and his group detailed insight as to how the resources might be accessed, “harvested”, and used for electric power generation and led to the construction of the 70kW microturbine landfill gas to energy demonstration project at the Butterfield Station landfill in 2003 and the  construction of the 3MW Eager biomass power plant in 2005.

Future Fuels Program:
As part of the APS Future Fuels Program the APS Hydrogen Park was the first commercial hydrogen motor vehicle refueling station in Arizona. The Park, which was permitted to fuel hydrogen and CNG motor vehicles in 2002, was located in the downtown Phoenix historic district and provided an example of how a modern infrastructure and technology can be integrated with urban architecture.

One of the most exciting “Future Fuel” projects undertaken by Peter’s department was the “Emissions to Fuel” project in which power plant stack emissions were captured by algae which were in turn processed to produce other fuels.

Clean Energy Education:
In 1997 Janet Crow joined Peter’s team at APS and began a program of community outreach activities based on the STAR facility and the other solar installations around Arizona. In addition to providing educational tours of the solar project sites, Janet was instrumental in creating APS’ “Road to Renewable Energy” education program, a comprehensive review of renewable energy resources and technologies aimed at 4th – 9th grade school students. The program was adopted by many teachers in Arizona and other states.

In 2008 Peter and Janet started the Cactus Moon Education, LLC (CME) Company and continued the educational programs they had started at APS by developing informational materials focused on the five renewable energy resources and making those materials available for teachers to use in their classrooms.  The materials are available for free review and download from the CME website at www.cactusmooneducation.com

CME was commissioned to create a solar learning center in Kingman, AZ which was opened in 2012. The learning center contains a working classroom and the unique “Solar Experience Room” where students can work with iPad driven information stations to learn about solar energy and other renewable energy resources and technologies.

Peter and Janet teamed with a science curriculum specialist to develop a series of student activities that were to be used in the learning center. The activities use the “Five E Inquiry” lesson format which is designed to allow students and teachers to experience common activities, to use and build on prior knowledge and experience and to continually assess their understanding of a concept. These activities have formed the basis for a series of workshops that CME has presented to multiple groups of teachers in Arizona.

Most recently, Peter and Janet completed the set of lesson narratives that are used in the International SMART Competition (www.smartcompetiton.org). The topics covered in the 40 page booklet include Power and Energy Basics, the Green Campus, Electricity Generation, Electrical Power Grids and the Smart Grid. The narratives accompany the energy conservation and sustainability computer activities that the competition participants have to complete.​